Nephrite Green Jade will bring you Abundance of health and wealth

We use only high quality approved Nephrite Jade for the production of our Yoni Eggs.

It promotes wisdom, balance and peace and aids both physical and emotional well-being. As it supports self-healing, it brings balance where it’s needed. Jade as a “dream stone,” it releases negative thoughts and irritability and soothes the mind.

In all forms it has always represented nobility. The wearing assists in creating magic for the highest good and in protection. Very often used by travellers as a guarding stone.

Green Jade is an abundance stone, representing the flow of Divine energy into the reality of one’s life. It will bring harmony and happiness, as well material abundance.

We use high quality Nephrite for our production. It’s shades could vary from classic up to deep green. We work with natural materials. As it’s as well in the nature of all things, none of our Yoni Eggs is identical to another one. 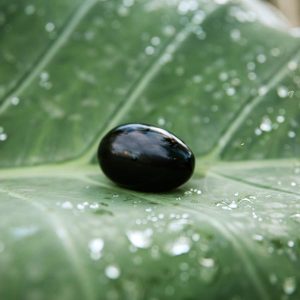 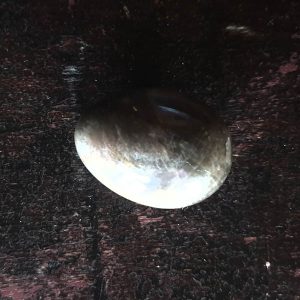 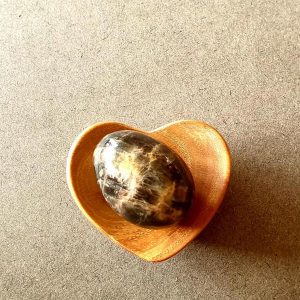 Jade is a mineral stone that is usually green in color and is best known for its nephrite type, which is a magnesium and calcium silicate. There are plenty shades of Green, from lighter ones over emerald green up to deep-dark green. Jade gets its green color from the presence of iron; the more iron, the greener the stone.

Jade is a fairly strong and hard stone. Nephrite Jade is stronger than quartz and is more resistant to breaking, which has made it a popular material for creating functional items such as sharp weapons like spearheads and knives. Jade’s strength accommodates a great deal of wear and tear on items that are used regularly and require durability to withstand their use. This is one of the many reasons that Jade Yoni Eggs are among the most popular available.

Going back to the earliest recorded history and even before, Jade has had a place in cultures from every part of the world where the stone is found. Tools, sculptures, and other artifacts made from Jade dating back thousands of years have been discovered in Eurasia, the Americas, Africa, and Oceania.

Far east Asian cultures have worked Jade as far back as their histories record, from Korean Jade carvings to ancient royal Chinese burial coffins made from Jade and Jade tools found throughout the Philippines dating back over three thousand years. The Maori of New Zealand refer to it as “green stone” and use it to make jewelry. Jade was a part of European cultures in modern Italy, Germany, Switzerland, Poland, and Russia, and Jade artifacts have been found in Tanzania, Egypt, and other places in Africa.

Jade carvings and tools have been found in Costa Rica, Guatemala, Canada, the United States, and other locations throughout the Americas. Jade deposits seem to be scattered throughout the planet and even in places where no Jade deposits are found, Jade has made its way to distant cultures in trade for millennia.

Metaphysically jade has been associated with peace, harmony, and serenity. This has included such specifics as:

These traits may explain some of the association of Jade with carvings of the Buddha, who embodies such ideas in eastern schools of thought. These are also important traits for many people with a desire for self-improvement, which is one of the many reasons women are drawn to the benefits of using Nephrite Jade Yoni Eggs.

Green Jade is also associated with the heart charka, which further illustrates its reputation for helping to remove emotional and psychological limitations and assist in the revealing of one’s true Self.

Yoni Eggs Made From Green Jade

Jade eggs are a favorite of ours and of women all over the world. Our Jade Yoni Eggs are hand-made using responsibly-sourced Jade stones and polished to a fine finish with conscious craftsmanship. We expose our Jade stone to as much love and care as we possibly can before your Jade Egg reaches you – because your Yoni matters!